In PartI of this two-part series on sleep hygiene and the movement system, we discussed how sleep helps solidify newly learned movement skills and even improves them, particularly in the last two hours of an eight-hour sleep.

Now, we will discuss sleep and its relationship to mitigation of injury and recovery. A 2014 study of adolescent competitive athletes demonstrated a significant higher risk of injury with chronic lack of sleep. 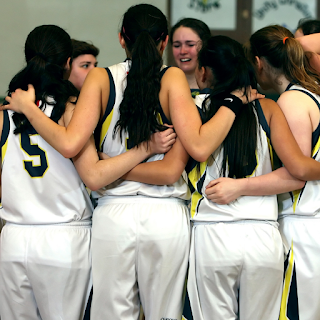 Additionally, evidence is demonstrating sufficient sleep to be vital not only for upcoming physical performance but for physical recovery after performance.  Adequate and quality sleep in the days after a performance is linked to faster recovery from inflammation and quicker initiation of muscle repair.

Finally, Matthew Walker’s early career findings about the relationship between sleep and recovery from brain damage are continuing to be validated, with research discovering that the brain, with the help of sleep, re-organizes remaining neural connections after a stroke. When sleep is integrated into an individual’s recovery program post-neural injury, the quality of sleep is related to motor function return and movement skill re-learning.

Tips to getting our Zzzzzzzs may appear to be obvious. But in the words of motivational coach, Brendon Burchard, “Common sense is not often common practice.” 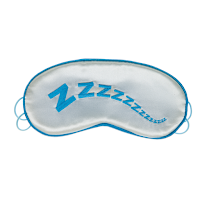 Tips to improving sleep hygiene (seriously, read Matthew Walker’s “Why We Sleep?” for deeper reasoning behind these suggestions)

1. Stick to a schedule: go to bed and wake up at the same time each day.
2. Try not to exercise within 2-3 hours prior to bedtime.
3. Avoid caffeine too late in the day, avoid alcohol before bed, avoid large meals and beverages late at night.
4. Create a nighttime routine that allows you to wind down, relax, and prepare your body for sleep. This may include: music, reading, a hot bath, a cup of tea.
5. Create a dark, cool, gadget-free bedroom. Do not lie in bed awake >20-30 min if you can’t fall asleep.
6. Get at least 30 minutes of daylight per day in the morning and turn lights down at night to cue your circadian rhythm appropriately.

Posted by movementlinks at 3:28 AM No comments:

Sleep Hygiene and the Movement System- Part I

The world is catching on to the value of sleep.  While quotes such as “I’ll sleep when I’m dead” were exclaimed and touted as a badge of honor, an indication of an individual squeezing the most out of life, sleep is now more and more valued as a key pillar of health and wellness. 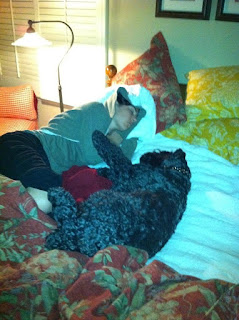 This blog series will cover sleep as it’s related to motor learning,  injury prevention, and recovery.  Today’s focus will be motor learning.  Much of the content here is inspired by a book that I’ve read and re-read multiple times over the past 1.5 years.  It’s called, “Why We Sleep: Unlocking thePower of Sleep and Dreams”, authored by Matthew Walker, PhD.  I highly recommend the book. It’s a fascinating read. 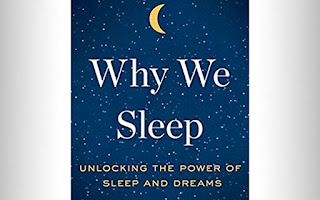 How does sleep help with motor skill acquisition, anything from learning to ride a bike, play a sport, drive a car?

For every skill we master, there is a routine associated with the skill that lives in the brain.

Dr. Walker’s research demonstrates that after learning or practicing a skill, your brain will continue to improve the skill routine with a solid night’s sleep.  Thus, practice does not make perfect, but practice, followed by a night of sleep, makes perfect.

One of the key studies associated with this discovery involved a group of right-handed subjects who were asked to learn to type a number sequence on a keyboard.  Performance and improvement were tracked over the course of a training session.  Then subjects were given a 12-hour break, after which they were re-tested on their performance of the sequence.  Half the subjects learned the sequence in the morning, thus the re-testing period came 12 hours later after being awake during the day. The other half learned the sequence at the end of the day and were re-tested the following morning after a full eight hours of sleep.  The group that was  re-tested after a night’s sleep demonstrated a 20% jump in performance speed and a 35% improvement in accuracy whereas the group that was re-tested after a 12-hour period of being away did not demonstrate improvement.

If you’ll recall, our nightly sleep cycle is divided into stages and we cycle between NREM (non-rapid eye movement) and REM (rapid eye movements) stages throughout the night.  Motor skill enhancement is related to stage 2 NREM, particularly in the last two hours of an eight-hour night of sleep. Additionally, Walker’s research found the highest amount of brainwave activity in the areas of the brain just above the motor cortex, which is indicative of the specificity with which sleep treats the brain.

Given the above research, we and our patients should all think twice about cutting the last two hours of nightly sleep short as we so often do in order to get a jump start on the day.

Stay tuned for Part II in two weeks on sleep and injury prevention and recovery.

Kelly Grimes is a physiotherapist with Columbia University Medical Center in New York and an instructor with Movement Links.  She is interested in learning how to help herself, her clients, and those she loves reach for better versions themselves in all aspects of life.

Posted by movementlinks at 6:00 AM No comments: