I have had the privilege of studying from some of the “greats” in musculoskeletal medicine e.g  Professors Sahrmann, Janda, Lewit, Kolar to name a few.  In the years of clinical practice and teaching, many clinicians that I meet ask for “short cuts” and “clinical patterns.”  It’s not wrong to give folks short cuts and clinical patterns, as long as they also understand the reasoning behind the why-how-when-where to apply particular tests or treatment techniques. 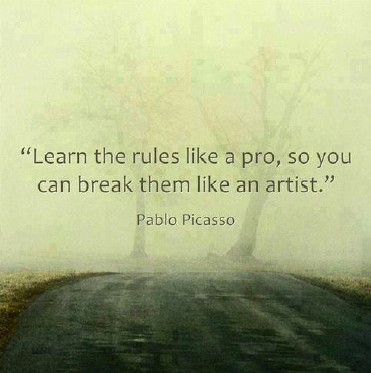 It is my bias that wrestling to understand the fundamentals is an exercise NOT to be short-circuited. It helps one appreciate the approach fully, at the same time acknowledging its strengths and limitations, and how that  particular approach can be integrated with other approaches.

It can be beneficial for backward reasoning when the treatment outcome is not as expected or optimal.  The discipline and lessons learned from my days of competitive badminton have proven invaluable and have shaped how I approach clinical reasoning.  This  quote by Pablo Picasso strikes a cord with me and I will illustrate its clinical relevance with a short personal story.

I started playing badminton at a young age, and began competing at age 10.  By age 14, I won the state U-15 singles title championship, and went on to win several more championships under the tutelage of Master & Mrs Ng Boon Bee & Mr Khong Shu Ming.  At age 17, I had a change in coaches after completing high school.  This particular coach-teacher, Master Aw  believed that I had the talent and drive but lacked the foundational footwork & stroke play to take meA to the national level.  So began the long arduous journey of motor re-programming for efficient footwork that would lay the foundation for polished and stronger stroke play.  I was already a state champion at that time, but I was going back to the basics. Needless to say, my ego took a beating as he drilled me on the fundamentals. Those deliberate hours of practice on and off the court seemed mundane & endless but I was motivated by an inner drive to make it to the national squad.  When we were not practicing on the court, he would make me analyze my strokes and footwork as well as those of my opponents.  After each match, while others celebrated their victories, we went over plays or strategies that worked or failed. 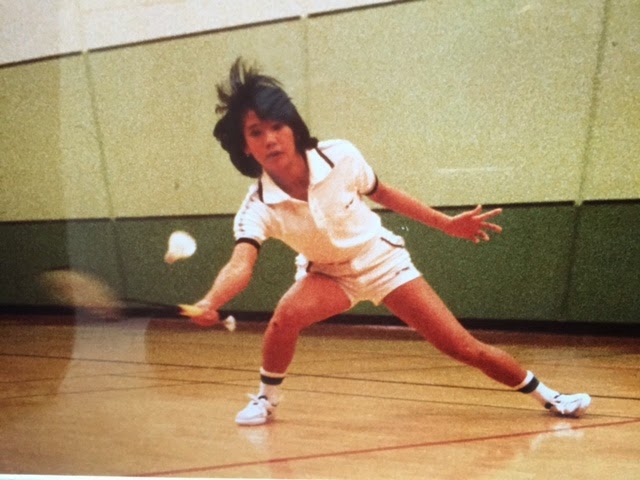 During one particular match, I defeated my opponent to win a tournament. To my surprise and dismay, Master Aw chewed me out as he saw that I had returned to my old patterns of scrappy footwork and un-strategized powerful smashes solely for the purpose of winning. So it was back to more deliberate practice. A couple months later in another championship match, I lost to a junior player. I was humiliated and embarrassed. As I hung my head in shame after the game, Master Aw surprised me by congratulating on a job well done and proceeded to explain that he "saw "or rather detected that my brain was processing in choosing the new over the old pattern. There was hesitation in my strokes and footwork which made me a split micro-second slower but nevertheless I chose the newer pattern.  That experience will always be etched in my memory as that was the beginning of a lesson well learned.  A motor engram was formed from that new foundation and my coach was able to build upon it to teach me variations and finessing of the strokes (ART) to make them more polished, powerful,or deceptive depending on my opponent’s play.  To make a long story short, that was the beginning of my rise as a polished badminton player and in the next 4 months after that humiliating defeat, I won the National U-18 singles championship and  soon after that, was selected to join the national team and represented Malaysia in the Uber Cup championship (equivalent to Davis Cup in tennis) in Japan.

What has this story to do with the clinical world of physiotherapy? Below are some of my thoughts.

In short, in all of our ambition and drive to better ourselves, we often seek the quickest way to become the most efficient, the most effective in order to get the quickest results.  However, let’s not forget all the lessons, beauty, and insight gained from taking the long way home.  I leave you with portions of a quote that captures my sentiments about the importance of not shortchanging the journey.

“As you journey through life, choose your destinations well, but do not hurry there. You will arrive soon enough. Wander the back roads and forgotten paths, keeping your destination in your heart like the fixed point of a compass. Seek out new voices, strange sights, and ideas foreign to your own. Such things are riches for the soul. And if upon arrival you find that your destination is not exactly as you dreamed of, do not be disappointed. Think of all you would have missed but for the journey there, and know that the true worth of your travels lies not in where you come to be at the journey’s end, but in who you come to be along the way.”      Unknown

Blogpost written by Clare Frank
Posted by movementlinks at 7:42 PM